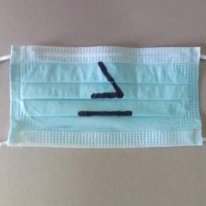 T.I. takes daughter to gyno each year to check her hymen

By Intense Observer, November 7, 2019 in The Geek Club