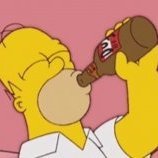 By justforbeer, December 27, 2020 in FFToday Board