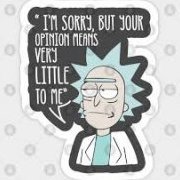 Can some explain to me what's with the hate for the sanctuary guys?