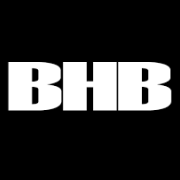 Who Is Your Favorite TV Private Investigator ?

By BeenHereBefore, January 25 in The Geek Club

Who Is Your Favorite TV Private Investigator ?